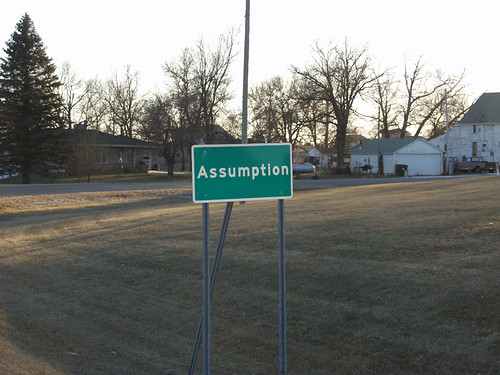 Let’s try question number 75 on page 522 of the GMAT Official Guide, 13th Edition. The first sentence is the premise and the second is the conclusion, which is indicated by the word therefore. The premise focuses on the transfer of information from lower levels to the superior. The conclusion focuses on the same. Since the assumption needs to link those two sentences, the answer should be limited to that concept as well.  Here are the options:

(A) The word should indicates another conclusion, not an assumption.

(B) The word should indicates another conclusion, not an assumption.

(D) Yes – this answer has the same focus as the premise and conclusion. We cannot conclude that the chief executive is less well informed unless we know that the subordinates who have the problem are the only ones who initiate the flow of information. If employees at higher levels have direct access to the information, it will not be as distorted when it reaches the top.

(E) This answer weakens the argument because it says that some employees won’t distort the information.

Number 83 on page 525 is another, slightly harder, example of an assumption question. Here we have two premises: (1) some people are allergic to sulfites in wine and (2) some winemakers don’t add sulfites to their wine. The conclusion is that the people who are allergic can drink the wines that don’t have the added sulfites. Again, remember that the assumption is a link from premises to conclusion, so you need to find an answer that mentions only sulfites, wine, and allergies.

(A) Preservative effect is off-topic.

(B) The form of the sulfite doesn’t matter because the argument specifies that none is added at all.

(C) Other beverages are irrelevant.

(D) Other substances are irrelevant.

(E) Yes – this answer includes all of the key subjects from the premises and conclusion and indicates another way that people might have an allergic reaction from sulfites in wine. The possibility of the sulfites occurring naturally, since the argument only mentions added sulfites, must be addressed for the conclusion to be valid.

Let’s try one more – a really tricky one this time: question 93 on page 529. The first sentence is the premise and the concept discussed is the retaliatory closing of trade markets. The conclusion, phrased as a hypothetical statement in this case, is that retaliation would lead to the end of trade. So, the correct assumption obviously needs to discuss closed markets and the impact on trade.

(A) This answer somewhat weakens the argument, or at least implies that we need not worry about the commentator’s hypothetical scenario.

(B) The word should indicates another conclusion, not an assumption.

(C) The word should indicates another conclusion, not an assumption.

(D) Yes – this answer discusses closed markets and explains that a country can follow the theory of trade retaliation but will still continue to trade because its trade partners have not closed any of their markets. Because the commentator’s conclusion is so extreme—no country would trade with another_—_he is assuming that there is always some market that is closed between any two countries.

So remember, for assumption questions, focus on the key words or concepts in the premises and conclusion, and look for an answer that specifically address those, without bringing in any new information.