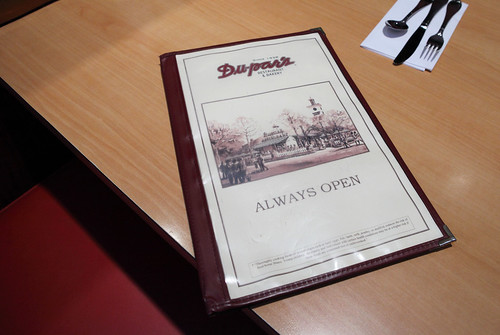 Like most students, you may find it incredibly unfair that you aren’t allowed to use a calculator on the main quantitative portion of the GMAT. Even though all test takers are in the same boat, which means the impact on your score percentile is non-existent, it can still be incredibly frustrating to suddenly have to use a marker and white board, or just your brain cells, to do calculations that you have been doing in a spreadsheet or with a calculator for over a decade. However, the GMAT is intended to be a reasoning test, not a quantitative achievement test. If you are working out extensive calculations on your white board, you aren’t approaching many the problems correctly. Working on mental math skills (such as estimation, identifying patterns, and using properties of numbers) will certainly boost your GMAT score, and, believe it or not, there are several real world benefits that come from improving your mental math skills as you practice for the GMAT. These include:

1)      Restaurant Etiquette – Don’t try to deny it. We have all been in a situation at least once with a group of people in a restaurant after the bill has come and no one can figure out his fair share accurately, and, heaven forbid, figure out the tip on top of that. While such a situation may only be mildly annoying among friends, not being able to quickly and accurately calculate a tip while at a business lunch could be downright embarrassing.

2)      Getting the Right Change – Cashiers sometimes make mistakes. If you know how much change to expect, you can ensure that the mistake doesn’t end up coming out of your wallet. And conversely, you wouldn’t want to call out a cashier for giving you the wrong change when in fact she was right all along. That could also be quite embarrassing.

3)      Recognizing a Bargain – OK, maybe you never pay in cash, so the second benefit of mental math doesn’t apply to you. But everyone loves a bargain. Prices in stores can be intentionally deceptive, and what looks like a good deal may not be at all. If single cans of dog food are on sale for $1.30 each (marked down from their usual $1.70), that seems like a great deal. But the twelve-pack (inconveniently placed on a lower shelf) is only $14. You may be drawn to the sale price, but the regularly priced twelve-pack is still cheaper. Now, $1.60 may not seem like a big difference, but you can bet that bit of advertising trickery happens with big ticket items as well. If you have to punch the numbers into your cell phone’s calculator (And what if you forgot your cell phone at home?) for twenty or thirty items on your shopping list, you could really extend the length of your trip. Mental math can be a time saver.  Want a quick tip for this mental math example? You already know that $1 times 12 is $12, so just multiply 3 by 12, to get 36. Add on the zero, remember the decimal places, and you should get a quick total of $15.60 in your head for the twelve individual cans.

4)      Staying Healthy – Many studies have supported the connection between staying mentally active and having good mental health well into old age. Not relying on your calculator as often just might help you stave off the cognitive decline associated with diseases such as Alzheimer’s.

Why not take your GMAT study as an opportunity to really flex your mental math muscle?