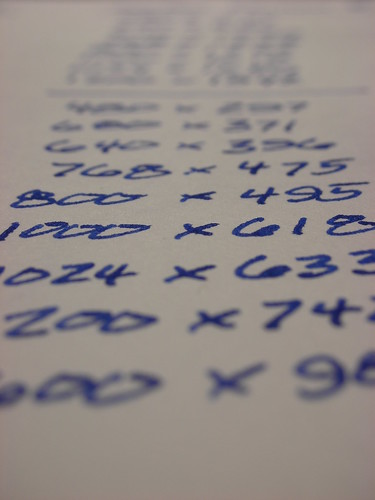 Sequences and their notation and terminology tend to confuse a lot of GMAT test-takers, but these questions are in fact quite simple. Once you familiarize yourself with what they are asking, you will realize that these questions give you an easy way to boost your score. The key to understanding these questions is to differentiate a position in a sequence from the value of the number in that position.

Question number 160 on page 174 of the Official Guide (13th Edition) uses sub notation to indicate position in a sequence. The notation xn refers to any given number in a sequence for which n represents the position. For example, look at the following sequence:

Here, x4 would be 8, because the number 8 sits in the fourth position in the sequence. Because the question tells you the value of x and x1, you have the following sequence

This idea of position in the sequence can also be expressed by “the nth term.” Let’s look at question number 190 on page 179. Each value in a sequence must always be calculated through the same equation. That equation is given here as n + 2 n – 1. You can test that equation with some of the terms given. Remember that n stands for a position in the sequence, not the value in that position. So the value of the third number in the sequence would be calculated as 3 + 23 – 1. That result is 7, as is given in the question. Continue the pattern to calculate the 5th and 6th values (substituting 5 and 6 for n in your equations) and then subtract the results to find the difference between them.