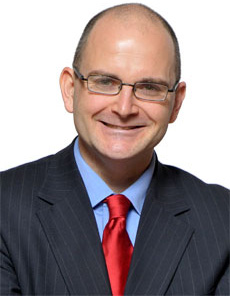 Today’s MBA interviewee is John Paul Engel, founder of both Knowledge Capital Consulting and Project Be The Change and an MBA graduate from the University of Chicago, Booth School of Business 1998.

John used his time in business school to learn about how business is done around the world, as well as growing his network extensively. We asked him for his advice for MBA students.
Can you tell us about your GMAT preparation strategy, and how you did on the test?

I would go to the library George Washington University every Saturday for 6 weeks prior to the test and take a practice exam in test taking conditions.  I think I used the Kaplan books.  I don’t remember my exact score but it was good enough to win a scholarship at UCLA and to get me into Chicago.

How about test day? What do you remember from the day?

I felt confident because I had practiced.  It just felt like another Saturday.

You traveled a lot during your MBA. Can you tell how these projects came about?

I entered the International MBA program at the University of Chicago (since discontinued).  This program required an internship abroad and a study abroad experience as well as fluency in at least two languages. It was a requirement to graduate to complete all the classes of the full time program as well as these additional requirements so I knew going in I would have to get international experience.

Was it expensive partaking in these trips abroad? How did you fund the trips?

What did you learn from your travels?

I learned that business customs are very different depending on the country.  I found out how to arrange meetings with senior executives, government officials, and other person’s of influence in different countries.  I learned how to conduct a market assessment.  I saw some of the challenges of corruption that make doing business in some markets more difficult than the US.  The most important lesson I learned in Cuba meeting with these small business owners that were creating businesses in the worst possible circumstances.  The average Cuban makes $15 a month yet these courageous individuals had found ways to build small businesses that were generating tens and sometimes hundreds of times that amount for their families.

What advice do you have for people undecided about attending business school? Is it worth the time and money?

I believe my time at the University of Chicago was definitely worth the time and the money.  It opened doors for me that I would have been very hard for me to open on my own.  I had the opportunity to learn from some of the best minds in business and to meet some of the top executives in the United States.  Like everything in life though it will only be worth to you what you put into it.