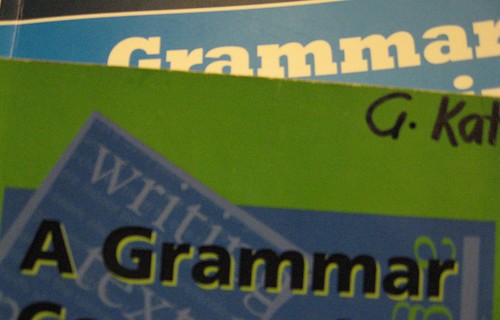 As you likely already know, the most basic elements of a sentence are the subject and verb. Without them, no sentence can be complete. The subject does the action and the verb is the action. But unless your GMAT questions contain sentences of the Dick and Jane variety, identifying the subject-verb combinations can be difficult. In my book, I explain several ways that the GMAT writers try to mask these combinations. Today we’ll look at those ways with some official GMAT review questions.

Question #133 contains a lot of nouns that could, at first glance, all be the subject of the verb protect. These nouns include compliance, laws, devices, and nets. However, some of these nouns follow prepositions (e.g. with, to, on, for, at, by, etc.) and relative pronouns (e.g. who, that, which, when, etc.). Prepositions and relative pronouns introduce phrases that are used to describe the main parts of the sentence. They do not include the main subject and verb themselves. There are three such phrases in this question. Let’s start at the beginning of the full clause and identify these phrases as we read.

Their compliance with the laws requiring that turtle-excluder devices be on shrimp nets **protect adult sea turtles.

We can trim away everything in bold and italics and still be left with a complete sentence: Their compliance protects adult sea turtles. Looking at the main parts of the sentence in this way makes clear that we need a singular verb.

To begin, we can analyze the second half of question #107 in the same way as we just did with the previous question, but this question has an additional twist. Let’s start with the full clause again.

At first, we might want to match up power plants with makes, which would clearly be an error because as we just learned, power plants is not the subject. When we eliminate the relative clause in the middle, we are left with: It is the fixed costs that **makes it more expensive for them…

The repeated use of it makes the singular verb makes seem correct. However, it already has its own verb: is. We need to consider what really makes something more expensive. The sentence specifies that the fixed costs are what create the expense. Fixed costs are plural, so we need the plural verb make. Watch out for those abstract words, such as it and there at the beginning of the sentence. Find the concrete noun and use that to determine whether you need a singular or plural verb.

Question #129 is even trickier because the subject and object are given in reverse order. French is the object (the recipient of the action) rather than the subject because English, Spanish, and Italian words are added to it. So the subject is really words. However, this may not be immediately obvious. In a previous post, we discussed using differences in the answer choices to help determine what the error might be. Here, answers A and B use singular verbs (is and has, respectively) and answers C and E use plural verbs (have been and are, respectively). That’s how you know that subject-verb agreement is a likely problem.

Now, go ahead and try a few more practice questions from the official guide on your own.