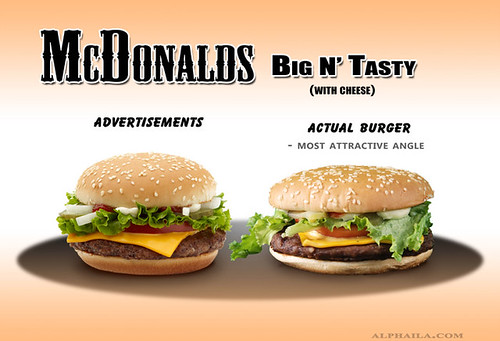 One of the keys to doing well on Critical Reasoning on the GMAT is the ability to recognize reasoning errors made in an argument. Some questions require you to identify assumptions that may not hold water in the long run or to identify flaws in an argument. These skills can be quite useful in the real world to avoid being taken in by false claims in advertising.

Some of the most egregiously illogical yet oddly persistent advertising claims include calling a product “new and improved” and promoting a product as having “100 percent natural flavoring.” Only an existing product can be improved on, so it is impossible to have something that is both new and improved. And while there are natural elements that can be added to a product to give it flavoring, what is implied by calling a product natural is that it has no additives. This is simply a deceptive tactic.

Check out some additional examples, courtesy of A.K. Dewdney’s book, 200 % of Nothing.

– Kellogg’s All Bran ran an advertising campaign with the incredibly unconvincing and noncommittal line, Some studies suggest a high-fiber, low-fat diet may reduce the risk of some kinds of cancer. If you need to couch your argument with so many moderating words (some, suggest, may, some kinds) don’t bother saying anything at all!

– A consortium of electric companies once released the following statistic: 96 percent of the streets in America are under-lit and 88 percent of crime takes place on under-lit streets. Frightening, isn’t it? Well, not if you understand basic mathematical reasoning. If the ratio of crimes to under-lit streets is 88⁄96, and the ratio of crimes to well-lit streets is 12⁄4, you have a much higher chance of being a victim of a crime on a well-lit street than an under-lit one. Thanks, electric companies, but I’ll walk in the dark.

So while the arguments you’ll see on the GMAT may be somewhat contrived, the thought process required to analyze them can prove useful. If you’re having a touch time forcing yourself to sit down to practice critical reasoning, try picking up a book of logic puzzles as a fun way to hone those analytic skills.